Is it even possible to generate leads from Twitter, that too B2B leads?

You must be grappling with similar questions.

I will address both these questions in this article today.

For one, of course, you can generate leads from Twitter. After all, it is one of the oldest social media platforms on the internet.

It seems quite impossible to believe Twitter is now 13 years old.

I was in high school when it was founded.

Right now, there are 326 million global Twitter users, and 500 million Tweets are sent each day.

The tweets span a diverse range of areas like humor, wit, opinions, sports, education, and news.

The question is, can ‘business’ fit in? Can you generate leads on Twitter? Can Twitter help your business grow?

Turns out, it can. In fact, a study has recently demonstrated that businesses that use Twitter actually generate twice the number of leads than companies that don’t.

Clearly, Twitter can help you make a difference. It can help channelize your efforts and redeem it.

So how do you go about generating leads from Twitter?

Here are some tips to help you:

Now, most of the businesses go straight ahead and link the URL of their company website.

While that is an understandable move, a website homepage is seldom something that will appeal to the users. Users may not have the time to browse through it in the first place and ignore it completely.

A better option is creating a landing page.

With an excellent landing page, tailored to interest the lead, you can ask them to sign up immediately.

You may also provide a very brief demo about your product, that can catch the eye of the lead. A landing page, in short, helps you connect with people, and get to the point much faster.

When you are online, and using social media, there is no point ambling around. Moving aimlessly will get you nowhere. A plan of action and a purpose is very necessary to reap benefits out of a social media campaign. And for that, you need to set specific goals and move towards it diligently.

A recent survey has revealed that 55 percent of marketers cited measuring ROI as their number one challenge in 2018 according to our own data. 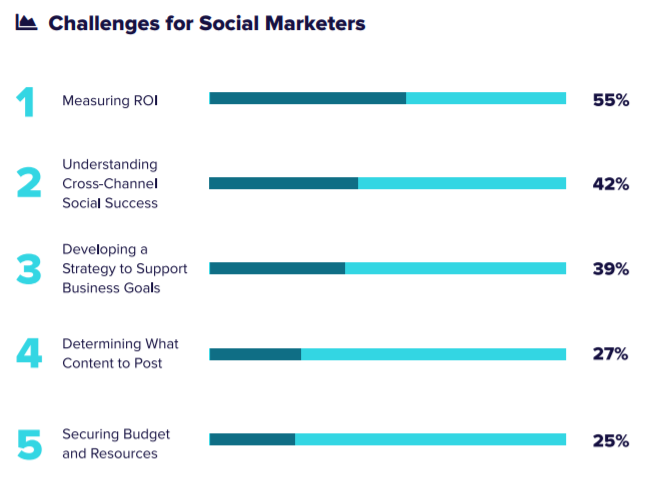 This usually happens when you are not sure of what to track, and how to go about it. In short, you aren’t measuring anything specific, since there is no goal. 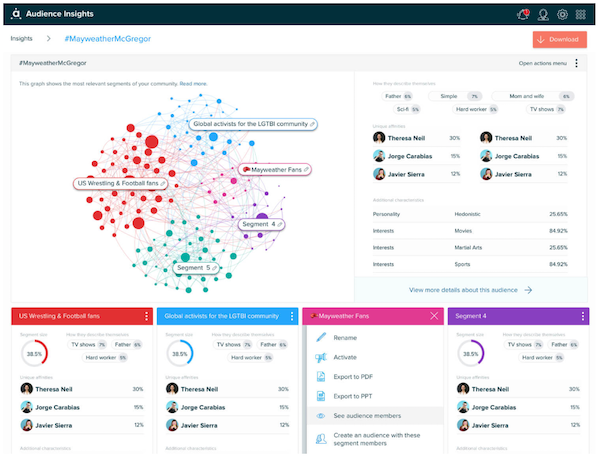 ‘Audiense’ is a tool that helps you do this.

It segregates users based on their demographics, interests, and values, and engages them with relevant content. It also tracks statistics like the number of visits, the number of pages per visit and the number of new visitors.

These help you draw vital and actionable insights from your campaign and evaluate your strategy.

You would be surprised to know 452,000 Tweets are sent every minute.

That is a staggering amount.

Have a look at these resounding statistics: 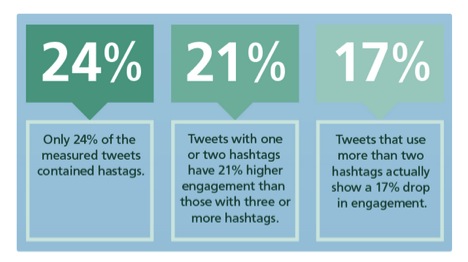 So how do you ensure your tweets stand out, and don’t get lost in the crowd?

The easiest trick is to use the right hashtags, with the keywords that people are likely to be searching with, for it online. For that, you need to do research to understand the specific hashtags that are going to be the most useful in your industry and line of business.

You can use software like hashtags.org is a software that can analyze the hashtags that are likely to pay the richest dividend for you, and can also track the necessary hashtag metrics for you.

Have a look at this Twitter campaign by Chobani greek yogurt: 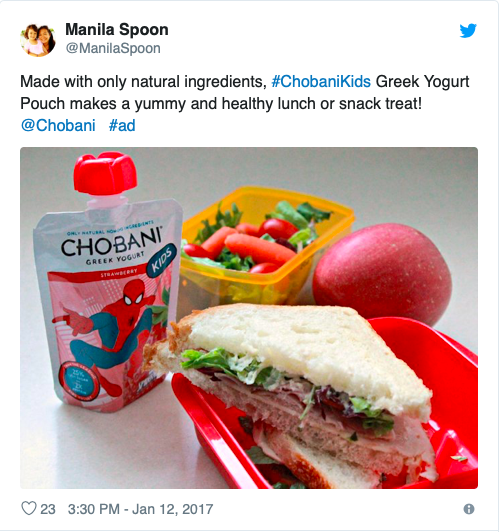 This successful Twitter campaign by Chobani greek yogurt put a trademark hashtag to great use.

However, it’s important not to go overboard with hashtags in case of lead generation. Too many hashtags may just backfire. Just one or two is quite enough when you are looking to generate leads. Don’t let it work against you.

The amount of positive impact that motivational quotes can have on prospective leads, and actually aid in lead generation, is unthinkable.

The success of motivational quotes can be attributed to the fact that the leads align themselves with the quote, simply because of the ‘me too’ feeling they can inculcate.

In fact, an analysis has revealed that on Twitter, a quote tends to get retweeted 847% more times than questions, and re-tweeters have 43% more followers.

Now, these are unthinkable numbers.

And it’s not only limited to famous quotes. You can create your own branding for yourself, by coming up with your own quotes.

One thing is for sure: you will attract a lot of attention!

200 characters mean room for more information. You can add your product details, title, and specifics, as well as the price and where to buy it from.

Twitter cards are very useful because every time a user clicks on the link, the email address of the lead is automatically captured. Thereby growing your list of prospective leads, and with any luck, your business.

Here is one perfect example of a Twitter card:

6. No barrier (Connect with anyone you want)

Access isn’t hindered and there is complete freedom to approach someone, no matter who they are.

It gives you certain capabilities while targeting your prospective leads that are just not found anywhere else.

Have a look at this: 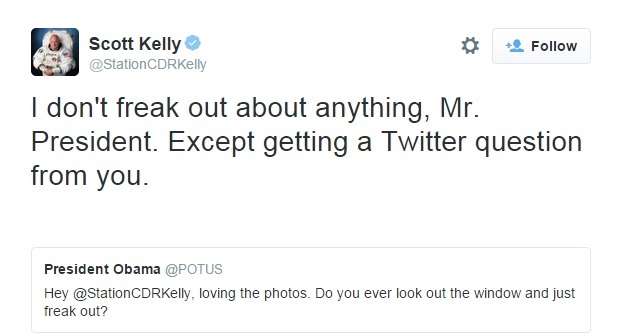 Do you realize you can reach anyone you want via Twitter?

It can’t really get more exemplary than this!

So, make a list of your target audience on Twitter and include them in a Twitter campaign and offer them something valuable so that even they show interest in your brand.

Using Twitter is an excellent way to generate leads. It’s much faster and focused. But, can you close a sale on Twitter?

Well, it’s very difficult, if not impossible. It simply isn’t the area to discuss deal specificities. So what should you do?

Take the conversation out of Twitter. Personalize your approach. Try emails, phone calls or even sales calls. Make the jump from Twitter to these methods at the precise moment for every lead you generate, to get the maximum advantage.

It is how you will actually get to convert your prospective leads on Twitter into real-life sales.

Taking part in Twitter chats with a particular, pre-segmented demographic on Twitter can work wonders for your business.

Once you have decided which part of the population you want to target, and the things you want to talk about, you are all set to go.

Not only do they help in expanding your customer base, they also help you to personalise your relationship with existing customers, and make sure they don’t erode over time. 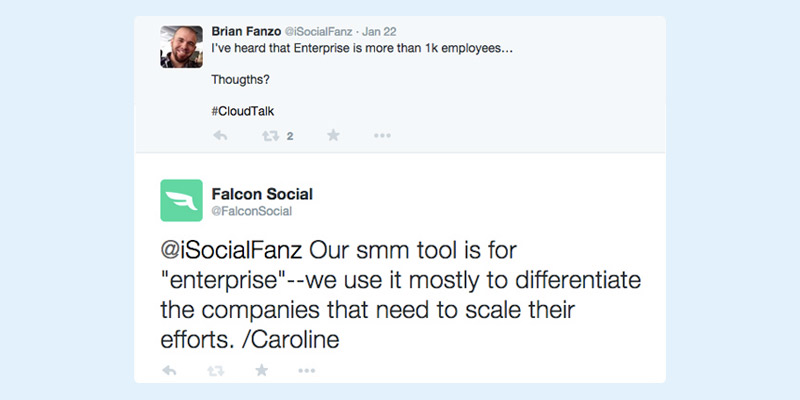 Using a hashtag here can sometimes be useful to generate a common group of followers.

So, sometimes, adding links can add value from your end.

But in many cases, the links and images or characters are all crammed up together. Its visually unappealing, and it can cause the lead to just ignore and skip your tweet.

Instead, you can make your tweet visually appealing by shortening it.

Bitly does exactly that – it shortens long links that people are not probably going to open, and replace them with short and succinct links that seem pleasing to the eye. There are other URL shorteners as well, like ow.ly.

The more the number of clicks, the better it is for you, and that’s why you’ve got to add links. Just in a pleasant way.

What time you tweet at makes a big difference to your visibility on twitter. It may make all the difference between going unnoticed by everyone, and being the cynosure of all eyes.

An interesting survey by Hubspot says that overall in the USA, Wednesday is the best day to attract B2B customers on Twitter, while weekends are the best Twitter posting times if you are a B2C business. 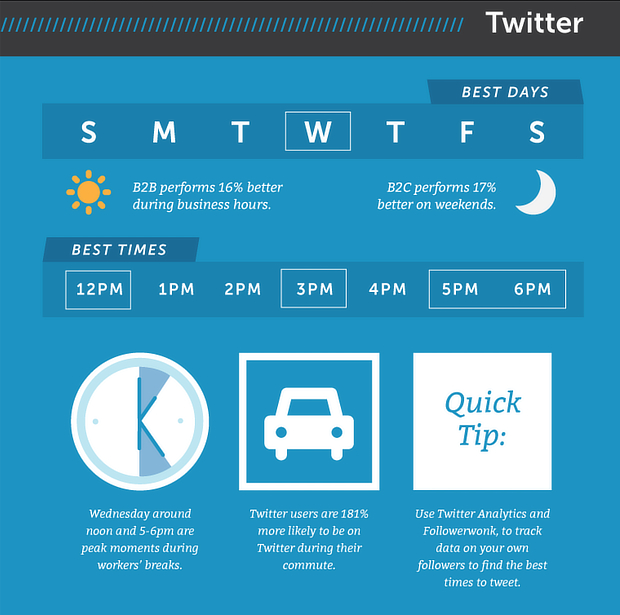 But of course, your business can be different. Your followers may not necessarily be on twitter at this particular time.

That is why you should leverage online data analytics tools that analyse your followers specific to your business requirements, and come up with the perfect time for you to tweet.

With powerful data, you can get much better at effectively targeting and engaging your customers, making a big difference in your business.

Live video is a great way to accentuate your lead generation activities. In a survey by Hubspot, it’s been found that videos are making an overwhelming amount of difference on social media.

And Twitter is leading the way. Apparently, video ads on Twitter are twice as much memorable as the same things on another platform.

On Twitter, videos are getting six times as much re-tweets as images. Videos are clearly the thing.

And here is the icing on the cake: 82% of Twitter users interact with brands on twitter. Which means, with a video, you exponentially increase your chances of being sought out by a prospective customer. 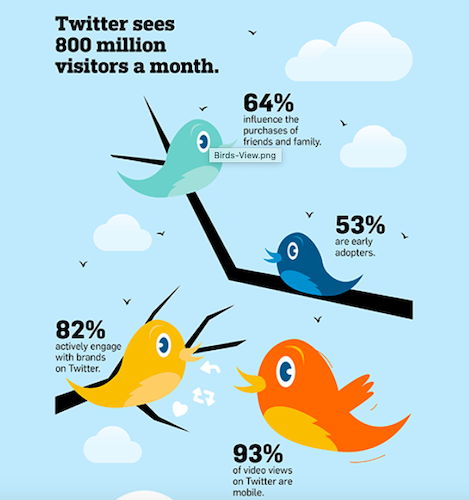 Here’re some more amazing facts about video ads on Twitter: 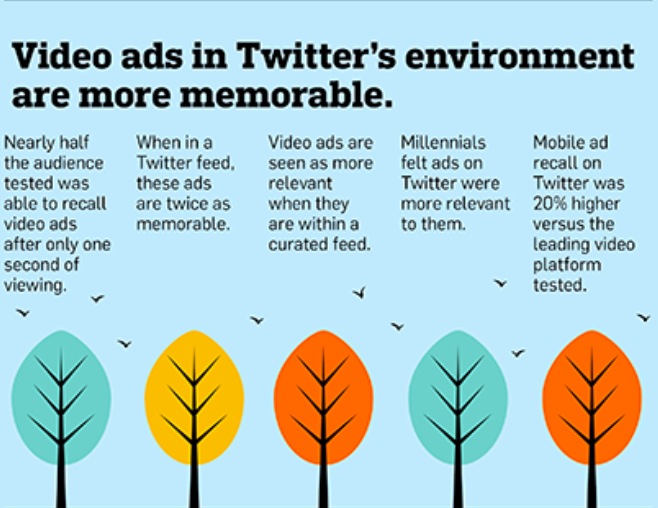 12. Pay attention to your bio

People are busy doing so many things on twitter, that they don’t realise how important the 140 allotted characters are. Paying attention to your bio is the first meaningful step towards lead generation. 140 characters is not a lot, but it’s enough for you to pique people’s interests. 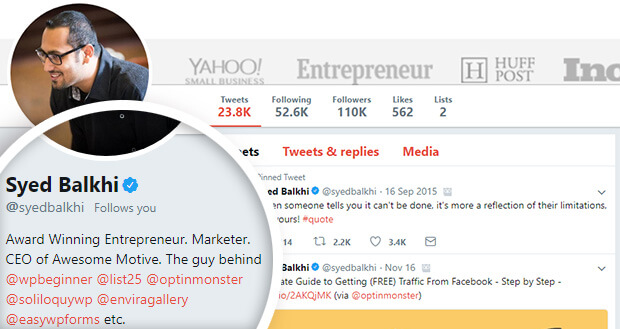 Apart from a brief introduction about himself, he has managed to link the websites of the other platforms he is involved in. It makes his bio extremely eye-catching, and pin-point. There is no room for any confusion at all for any viewer.

A call-to-action (CTA) or a link to your latest content are great additional practices that you can incorporate in your twitter handle.

Twitter is making a whole lot of difference to how social media helps to generate leads. With 100 million daily active twitter users, there is plenty of scope for lead generation.

You can surely work on your core competence, and rethink your strategy, to arrive at something unorthodox to reap the maximum benefits from Twitter!

Are you looking to generate leads from more social media channels other than Twitter?

If yes, then what’s better than using LinkedIn to generate leads?