Last updated on December 18, 2019 by Navaneetha in Sales

Jordan Belfort is an American author, motivational speaker, and former well-known stockbroker. He is the controversial figure whose memoir formed the basis of Leonardo DiCaprio’s unhinged stockbroker in Martin Scorsese’s Oscar-nominated black comedy The Wolf of Wall Street. 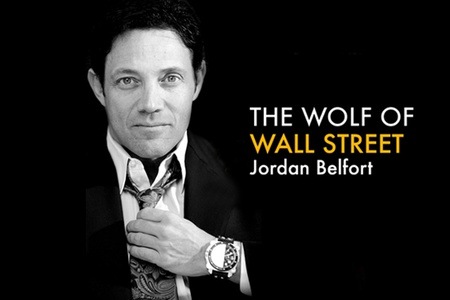 Did Belfort paint a realistic picture of business? In short, probably not. However, that doesn’t mean that real-life business lessons can’t be learned from him. Despite the fact that he casts the financial sales profession in a negative light, the surreal story of his life does highlight a few valuable lessons for sales representatives.

But before mentioning the lessons, it’s better to know more about Jordan Belfort’s life.

Nobody wants to hear about what you’re doing next year; they want to see what you’re doing now. Simply having goals is not enough. You need an aim as well. An End Game (pun intended) of what you want your world to be in the future. Set achievable goals, ones that keep your hands and legs busy, as opposed to your mouth. In reality, success isn’t measured in dollars or cents; it’s a mentality, one you should start striving for today — in whatever it is you’re doing, whether big or small. As Belfort says, “If you want to be rich, you have to program your mind to be rich.”

Your appearance reflects your reputation and work ethic. Always dress for the part. If you’re not qualified for the part, at least look qualified for the part. In such a materialistic world, the sad truth is, you can’t sell stocks dressed like a used car salesman. It’s all about presentation. People are lazy and easily fooled. If a nice pair of shoes is what it costs to get your foot in the door, then buy those shoes right away!

“Don’t hang up until the customer dies or buys.” This is one of Belfort’s main motto. According to Belfort, “no” was simply not an option. To him, a good salesman will sell salt to the slug and have it coming back for more — unless it dies. It is key to buy into yourself first before you try to sell yourself to others. Confidence is key. If customers aren’t sold on you, they’ll never buy into what you’re selling. But make sure to not cross your limits because that would do more bad than good.

Jordan Belfort carefully guarded his secrets. Though the reason behind him doing so is because of the fact that his business was illegal. Your business might not be illegal but it sure is supposed to be kept as a secret for proprietary purpose. Hence, make sure to hire loyal employees as well who would not leak out your business secrets. Make sure to have a double cross-check over the one who you appoint, the one who you’re in partners with, as well as your clients.

There’s no room for selfishness within your organization. It would only lead to internal chaos. But, not every team needs to be a “super team.” The more qualified worker is not always the better worker, compared to the man who will go that extra mile for you. Compile a team of people you trust to go those extra few miles for you. Make sure to keep your team happy. Work is not working without play. So, hack some amount of happiness at your workplace and reward success but make sure to not exceed the limits as depicted in the movie. This is a necessity because as you saw in the movie, the employees loved to work there because they enjoyed it.

You might have heard a million times, how Thomas Edison failed many times to get that one success of a light bulb. So, failure just might be the most powerful tool in the toolbox for success. You can never be truly hungry until you haven’t eaten for days. In the same light, you will never crave success until you’ve been dealt your share of defeat. Belfort’s first business was selling meat and seafood. He failed miserably. Hence, don’t take failure as a stop sign, but rather, accept it as a detour.

7. Lead by a Good Example and Set the Standard :

No one over at Stratton Oakmont spent more money on buying luxury items, drugs, prostitutes, or partying than Jordan Belfort. He represented the epitome of the lifestyle that the employees sought to achieve. If he had got the same success without doing any of that stuff, then his employees don’t have to do it either. So, portray a good example in front of your employees and set the perfect standard because they always look up to you.   Jordan Belfort is a man who made the impossible possible and transformed from a fearless wolf into a brave lamb that teaches the world how to be successful. When everything is all said and done, it’ll be up to you to reap your own harvest, or you’ll spend your whole life in the field waiting for someone else to. But legally.

A Famous Example: “Sell me this Pen”

It’s a classic pair of scenes. Leonardo DiCaprio, playing former stockbroker Jordan Belfort in The Wolf of Wall Street, takes a pen out of his pocket and challenges top sales executives to sell him that pen.

It looks like a real challenge for any sales professional. The kind of question that can separate a real salesperson from those who are never going to hit their targets. It’s no surprise that it’s a technique that’s been copied by hiring staff across the country. Why try to think up a tough interview question when Martin Scorsese has just handed you one? It’s still a good question, not because it’s tough but because it’s easy.

If your prospective employee doesn’t know the answer, then he or she probably doesn’t know the basics of selling. If you want to sell the pen, you ask the buyer questions. You ask him how long he’s been looking for a pen, why he wants a pen, what owning a pen means to him, etc. It doesn’t matter what you’re selling. You have to know the buyer. You have to give him a story that builds an emotional attachment to the product. It’s not a big trick. Today’s sales channels have made meeting that challenge easier than ever, even when all you’re selling is a ball pen.

“The only thing standing between you and your goal is the bullshit story you keep telling yourself as to why you can’t achieve it.”

“Without action, the best intentions in the world are nothing more than that: intentions.”